Posted on 19th September 2021 at 08:07
White Rose Trophy Final
Castleford wrote themselves into the record books with a dramatic victory over, Bradford Premier League champions, Woodlands to lift the White Rose Trophy at Emerald Headingley. The final of the Yorkshire Premier Leagues Play-offs went down to the final over, the Savile Park side winning by just six runs, spinner Jack Young returning match winning figures of five for 54.
David Wainwright who missed the previous weeks semi-final, an equally resilient performance which saw his side defeat Richmondshire by a single run, returned to captain the side and his decision to bat first was rewarded with a strong display from the Yorkshire Premier League North champions’ top order. Chesney Hughes (61) and Liam Hyde (43) shared a century opening stand and Brayden Clark (34) added 49 alongside his captain for the third wicket. Chris Price picked up a brace at either end of the innings to return figures of 4-59 from 15 overs in Castleford total of 241-9 from 50 overs.
A solid performance from the Woodlands top order saw them handily placed on 108-2, Tim Jackson (30), captain Cieran Garner (32) and Liam Collins (32) all contributing. Young had Collins caught by Brayden Clark, the first of three times the duo would combine, and despite all but one of the top eight reaching double figures Woodlands found themselves 159-7 and needing to score 79 from the final eleven overs. Elliot Richardson took up the challenge scoring 40 off 30 balls as he and Gregory Finn (23) put on 64 in eight overs. Twenty runs were required from the final two overs when Young struck twice in the space of four balls removing both established batters, and just as in the match that saw them reach the final Chesney Hughes held is nerve conceding just six off the final over.
Castleford’s victory follows that of Sheriff Hutton Bridge in 2019.
Report by Kevin Hutchinson 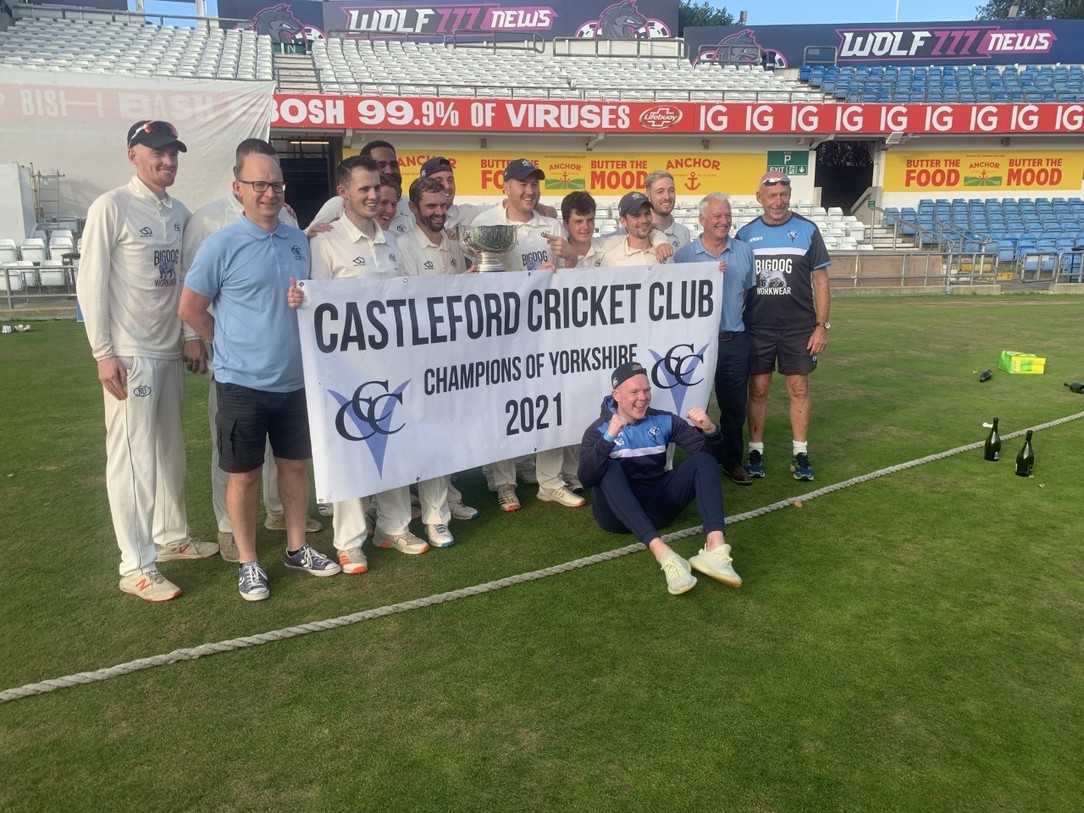