Posted on 17th August 2021 at 14:19
The Dave Conner and Edward Readman Cup Finals took place at Beverley CC on Sunday 15th August.
The morning match saw one of the League’s relative newcomers, Ovington only who joined in 2018, take on Beverley 4th XI in the Dave Conner Final. Ovington batted first and suffered an early set-back, losing two wickets for 5 runs. Good contributions from Thomas Cookson (26) and Matty Roberts (26) led a recovery. Some lusty blows towards the end of the innings from Thomas Armes (24), Thomas Irwin (23no) and Stefan Littlewood (21), who all scored well in excess of a run a ball, saw them reach a competitive total of 131-6. For Beverley, Jason Davis suffered towards the end of the innings but took 2-41 from his 4 overs. Andrew Hamson, Josh Willans, David Whitelock and Jared Goforth each took a wicket with Josh only conceding 5 runs from his 4 overs.
Beverley made a steady start and the top four, Will Fish, Matthew Hudson, David Whitelock and Stewart Scott all made useful contributions. Some big hitting from Dave Parry (26 from 28) took Beverley close but the target always looked out of reach and they finished on 116-8. For Ovington, Jack Walmsley, Dom Kitching and Ben Busby took 2 wickets apiece and all of their bowlers were fairly economical.
Presentations were made to the umpires, scorers and teams by Dave Conner’s nephew Rob. The Man of the Match award, adjudicated by the umpires, was presented to Matty Roberts. 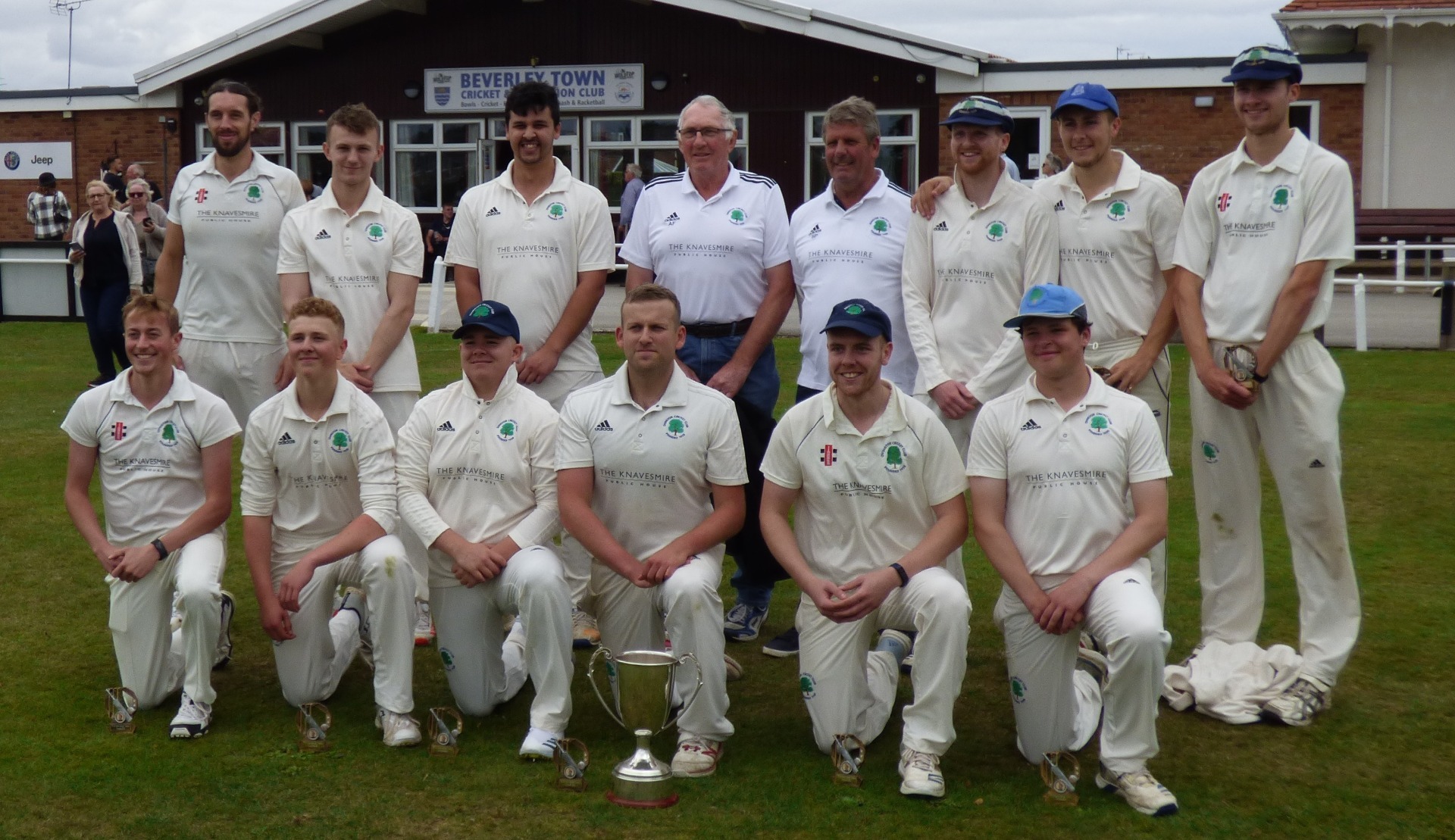 The Edward Readman Final was contested between two 1st Division teams, Scarborough 2nd XI and Patrington. Scarborough won the toss and elected to bat and were give a flying start by Edward Hopper (38 from 30) and Prince Bedi. Their progress was stymied in unusual fashion when Bedi had to retire due to a dislocated finger. Two quick wickets followed but that enabled Adam Hargreaves to join Hopper and play what was to be a match winning innings of 68 not out from 46 deliveries. A quickfire 10 from David Snowball was followed by Bedi’s return to continue the mayhem. His 31 from 22 and 14 from 5 by Adam Newington saw Scarborough to a commanding total of 172-5. Grant Van Es was the pick of the Patrington bowlers with 2-21 supported by Glen Ratcliffe, Jack Eggett and Jacob Duffill who each picked up a wicket.
Patrington’s innings started steadily and many batsmen got going but couldn’t hang around long enough to play the big innings required to chase down such a large target. Chris Blanchard (22), Ben Butler (21), Daniel Fincham (20), Connor McKinley (18) and Ashley McKinley (17) were the major contributors. Ryan Hargreaves with 5-15 from his 4 overs did the majority of the damage with Adam Hargreaves and Nick Zakrzewski also picking up a wicket each whilst Guy Emmett and Adam Newington, with economy rates of 4.67 and 5.67 respectively, kept a check on the Patrington scoring rate.
Presentations were made by Edward’s widow, Rosemary and the Man of the Match award, adjudicated by his son Neil was won by Adam Hargreaves.
Many thanks to all four scorers, umpires Rob Conner & John Wilson (Conner Final) and Jim Brannigan & Neil Readman (Readman Final) and to Beverley Town CC for hosting the day. 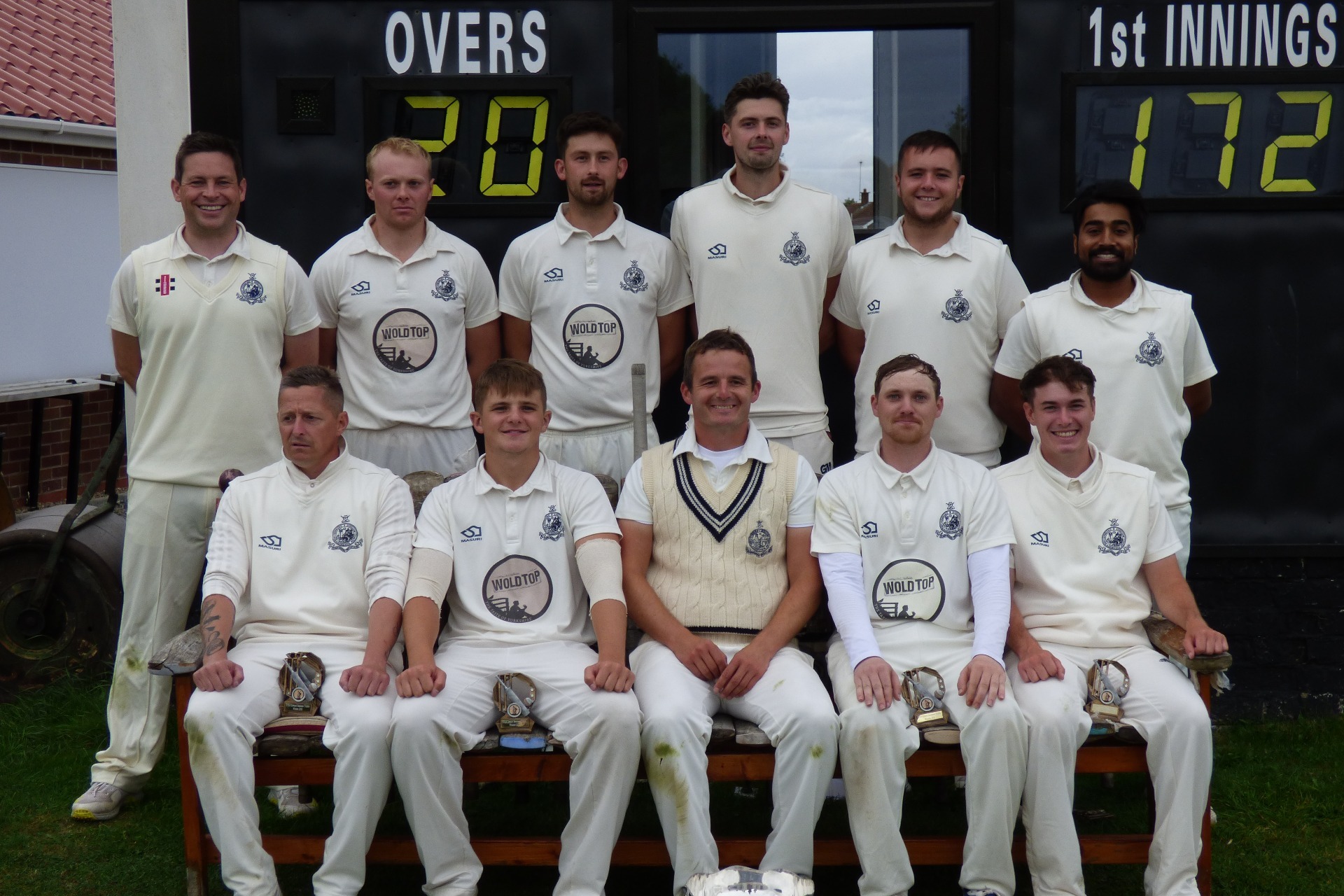